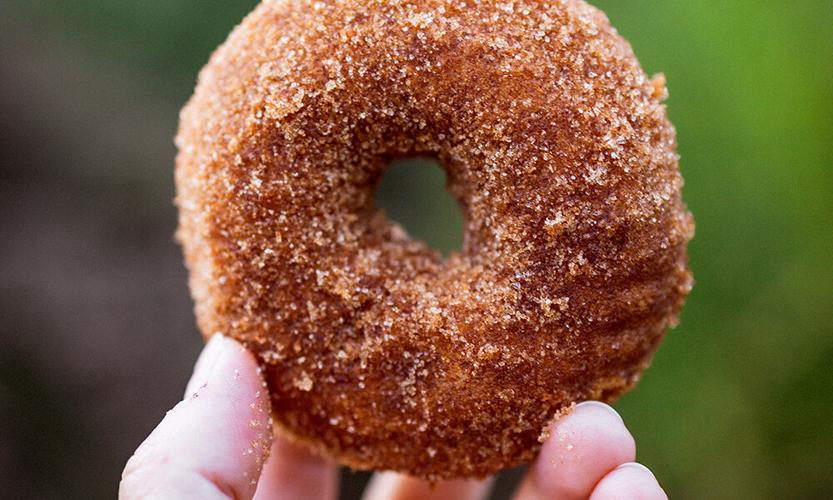 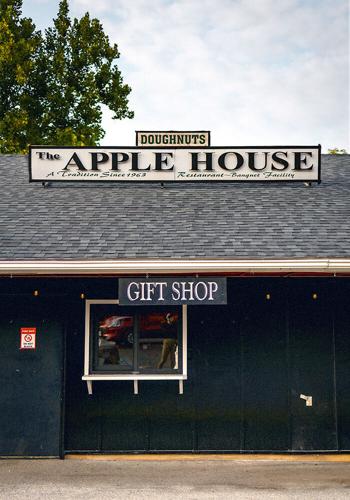 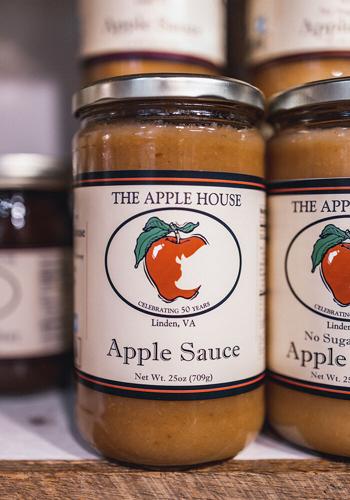 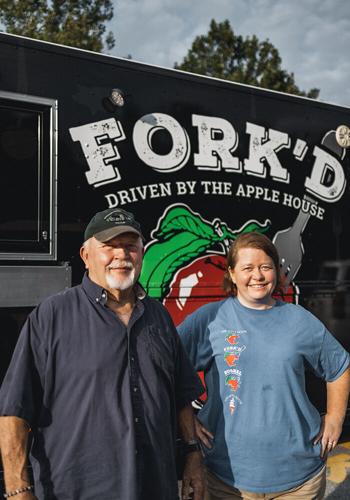 The Apple House shipped over 2000 of their famous Apple Butter Cinnamon Donuts during the pandemic, which kept the business afloat through the worst of it. 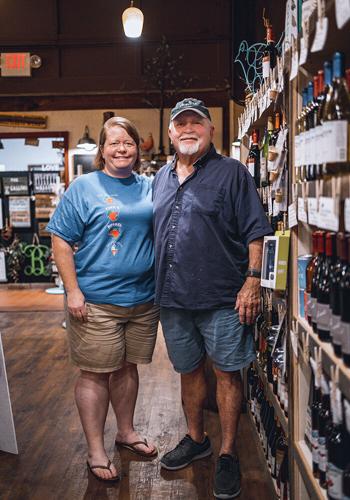 George McIntyre and Katie Tewell, owners of The Apple House, pose by the selection of Virginia wines that are sold in their restaurant and gift shop. 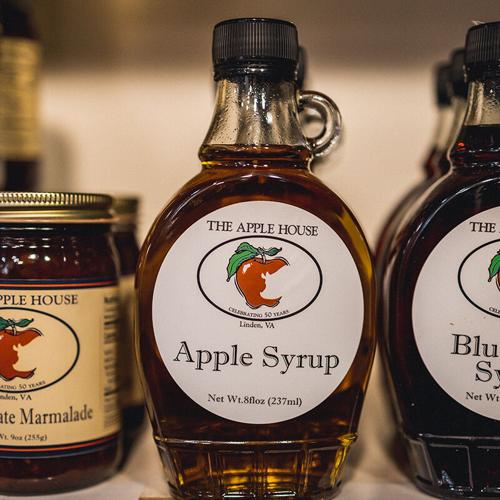 In the gift shop, various Apple House products are sold, such as apple sauce and apple syrup.

This year-round local favorite is especially popular in Autumn

Story and Photos by Lindsay Hogeboom

George McIntyre and his daughter Katie Tewell are entrepreneurs of the truest form – with nine businesses ranging from arestaurant to a storage facility and a food truck to a gift shop, there isn’t much they haven’t had their hands in. But of all that they’ve crafted, their most notable creation may be the close community they’ve shaped through their widely loved restaurant, The Apple House.

In 1904, George and Katie’s ancestors established their orchard in Linden, Virginia, which was then passed down through generations. In 1963, George’s stepfather and another local orchardist purchased the building that now serves as a restaurant and gift shop to use as an apple packing facility. This facility became one of the first roadside gift shops and convenience stores of the area, offering Virginia hams, apples, and other Virginia-related items to residents and travelers. “Family after family, we stayed here,” says George, “and when I was coming along I had my children – Katie being the eldest – come to work for me when they were little. I’ve been here 44 years, and Katie started in…”

Today, The Apple House restaurant is a staple of the Linden community. In 2019, it was selected for one of Virginia Living magazine’s Best BBQ Awards. Earlier this year the restaurant was awarded the Best Small Town Restaurant in Virginia by Reader’s Digest. And it’s no wonder the business is award-worthy – George and Katie are passionate about their work and are always looking for ways to incorporate the next best thing. For instance, a few years back they had purchased a deli in town as their next endeavor. “Foot traffic wasn’t what we needed it to be for our space and what we were paying in rent, so we watched and saw what was going on with food trucks,” says Katie. “We decided, ‘if they can’t come to us, we’ll go to where they are.’ So we started that and this is our fifth season with Fork’d….That’s one of the things I’ve enjoyed most recently, because I get to go interact and cook and have fun, and that’s what I enjoy so much. But even now, it’s like, ‘Okay, what else can we do? What can we change? What can we do to make ourselves better? We’re never content.” George agrees, “We like finding new businesses within our own business.” When asked which part of the business they are most passionate about, they respond in unison: “Everything.”

The Apple House has a loyal customer base thanks not only to its delicious food and treats, but also the atmosphere of joy and friendship that is so apparent, starting with the staff. “We love the people who work for us,” George says. “It’s like a big family here.” And when George says it’s like family, in some cases he means literally. “We have moms and their children that work for us,” says Katie. “We actually probably have three families that work here. We like to have fun – that’s the key.” George says this culture is in large part thanks to Katie’s contributions. “It has greatly improved with Katie’s addition,” he says, “because she emphasizes the custom  – and I had always done this subconsciously – of treating our people as equals, and as family members. Dad had people who had been with him for forty-plus years. We’ve got some in here that have been here twenty-plus years right now and they seem to like it.”

The community George and Katie have established became especially important this year in light of the COVID pandemic. “This year has been hard in general,” says Katie, “but I’m still just amazed at how we came together. We knew that we would not be able to have anybody come in the front door and in like 24 hours we had online [ordering available]. We had talked about it for years…[but] we’re so hands on that we didn’t go over that. But our staff pulled together.”

During the pandemic, the business not only pivoted to take-out ordering, but also to shipping their famous apple butter cinnamon donuts, in some cases cross-country. Katie explains that the back of her t-shirt reads “We’re here because the donuts are essential,” and says, “it really became that way for us. It kept our business chugging along through the worst part of COVID. We shipped, I want to say, over 2000 donuts. Easily over 2000.” George and Katie believe the desire for donuts has been especially strong during the pandemic because people are looking for comfort. “It was…a taste that reminded them of something good and triggered a memory,” says Katie. “It was cool, because the notes we would get would be like, ‘Thank you so much for doing this. It felt so good to get a taste of home.’ That was really awesome.”

George and Katie say that these customers and friends are largely to thank for the restaurant’s continued success throughout the pandemic. “You talk about loyalty,” says George, “a lot of it was a result of just that. People knew we were having problems and they supported us.” And, Katie says, “People recognize how close we all are, and the atmosphere that we create within ourselves. That always makes you feel good because that makes you feel like you’re doing something right. We give…so much to our community, but nothing makes us happier than to do that.”

When asked what they love about the area where they live and work, George responds, “The closeness of it. People are genuine.” Katie elaborates on this sentiment by stating, “He’s right. You know, so many people don’t get to actually make relationships and help each other out. A lot of businesses are afraid to help each other out, but that’s something that dad has always taught me that’s important – whether [it’s] throwing ideas back and forth or mentoring each other. I don’t think you necessarily have that opportunity or relationship in a larger community.”

George responds by stating that Katie “represents what an employer should be like, because she’s devoted to it, and she sets the example. She’s the mentor for so many people and so many other businesses in this community.” To that, Katie replies with a smile, “I had a good teacher.”