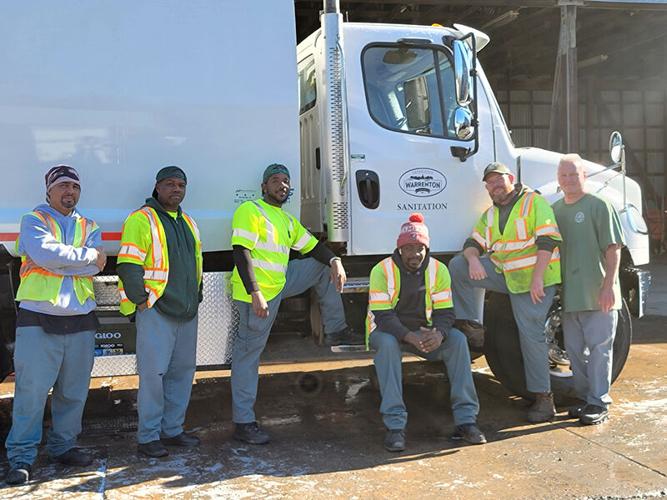 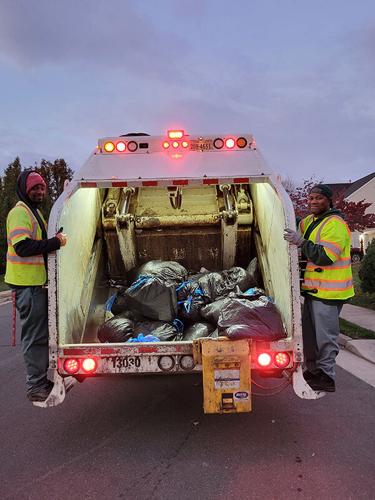 As the Warrenton “whos” lay asnooze in their beds, six city stewards rise in the predawn darkness.

Their work boots lay bare the mileage of their days, their reflective vests attest to the potential danger their workday may bring. They gather — coffee in hand — under the streetlight for a quick chat before the teams set out separately in the early morning to beautify the town one stop at a time.

The work is physically demanding, dangerous, and unappealing to most but the men look to the positive aspects of the job.

“I like being around people, socializing, and helping the community,” said Conway Robinson, sanitation crew leader for Warrenton Public Works. He has worked for the city for more than 30 years in various capacities.

Shane Ball, who has been with the sanitation department for 15 years, said the physicality of the job has helped him remain healthy after undergoing open heart surgery six months ago.

“I’m feeling good,” said the father of three. “They (the trash cans) can be heavy, but the lifting and walking is good for me.”

The newest member of Robinson’s crew, Kevin Chambers, said he joined the sanitation department six months ago after a relative told him about a job opening.

“I like the hours and it’s a workout,” he said. “The cardio has been great for basketball.”

Chambers recently obtained his commercial driver’s license learners permit and plans to take on a bigger role within the department after completing the requirements for a full CDL.

The crew’s positive outlook can be seen in their interactions with customers along their route.

“We get a lot of compliments on our crews,” said John Ward, assistant director of the town’s public works department. “It’s not just from our longtime residents but people who just moved here and have never experienced this level of service.”

Warrenton residents Patty and Kenneth Winkelvoss said Robinson’s crew made an immediate impression on them.

“They are so friendly and helpful. They really go out of their way to help you,” said Patty Winkelvoss, a retired pharmacist who previously worked at Fauquier Health. “They are real salt of the earth people.”

Since her husband suffered a serious health setback four years ago, Winkelvoss said the crew routinely inquires about him and his health.

Disabled veteran Dan (who did not want his last name used) said that several times Robinson’s crew has helped him unload groceries from the car after noticing he was struggling to carry the bags while using crutches. Once, Mr. Robinson himself came up to Dan’s house, rang the doorbell, and told him in the future not to bring his trash cans to the curb; his staff would get them from the house for him. Dan’s witnessed several other times the crew has helped other residents.

“They are the friendliest group,” Dan continued. “They always go above and beyond, and they are underappreciated by many.” And Dan is impressed by their attention to detail: their truck, as he says, is “whistling clean”.

“We honor police, fire, (and) nurses but I don’t think people think about what these people do for us,” he said. “We couldn’t get along without them.”

Dan said witnessing the crew’s teamwork reminded him of his time in the service. “I wish I’d had them with me in Vietnam. If these three men had been in my tank crew, we would have beaten the heck out of the enemy because they’re a team,” he said. “These are the types of Americans we fought for.”

This article appeared in the December 2022 issue of Warrenton Lifestyle.