Skip to main content
You are the owner of this article.
Edit Article Add New Article
You have permission to edit this article.
Edit
Home
News
Calendar
Warrenton Lifestyle
Real Estate
Opinions
Obituaries
Classifieds
1 of 6 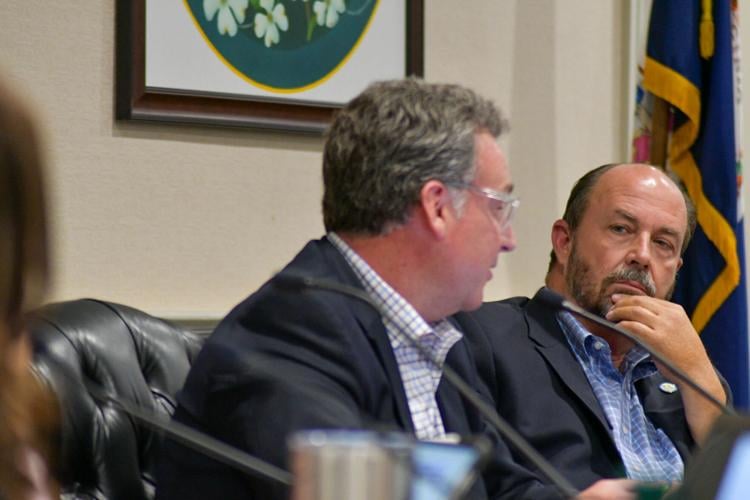 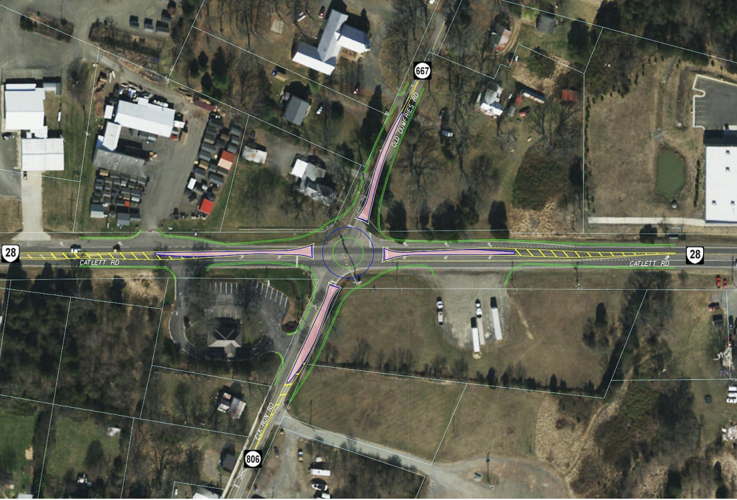 The Fauquier Board of Supervisors approved submitting an application for SMART Scale funding to construct a roundabout at the intersection of Catlett Road (Route 28) and Old Dumfries Road (Route 667). 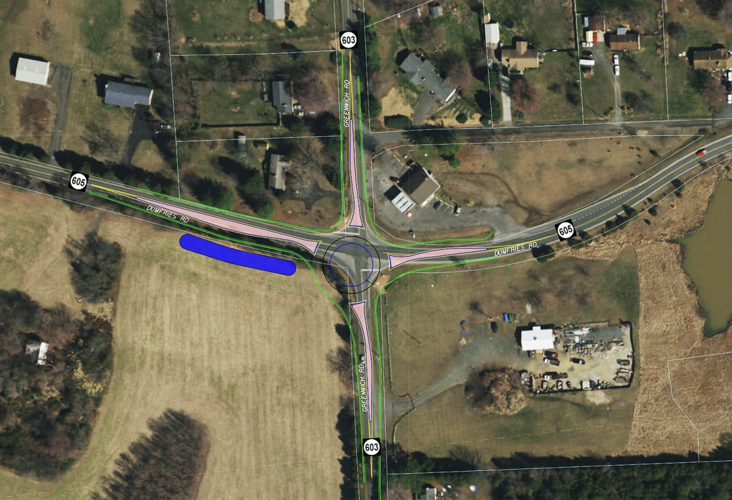 The Fauquier Board of Supervisors approved submitting an application for SMART Scale funding to construct a roundabout at the intersection of Catlett Road (Route 28) and Station Drive (Route 853)/Bengu Gerek Avenue. 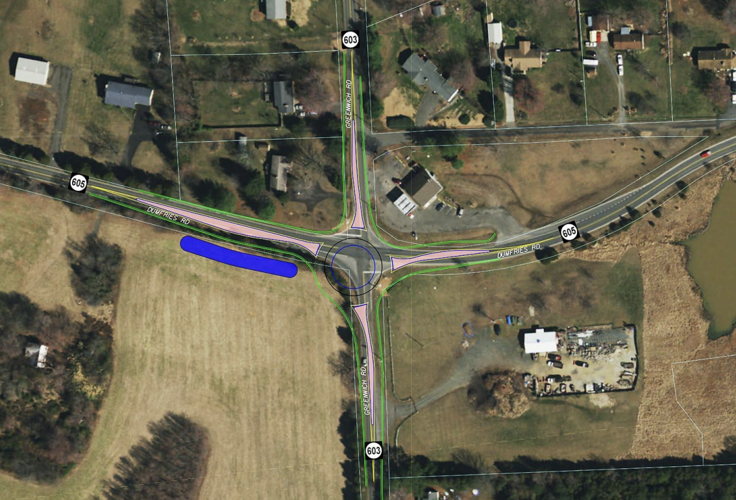 The Fauquier Board of Supervisors approved submitting an application for SMART Scale funding to construct a roundabout at the intersection of Dumfries Road (Route 605) and Greenwich Road (Route 603).

The R-cut design, which would allow traffic from U.S. 17 to access Route 245 directly and force traffic exiting Route 245 to turn right and utilize a U-turn to access U.S. 17 southbound, was withdrawn from the county's Smart Scale application after receiving criticism from residents. 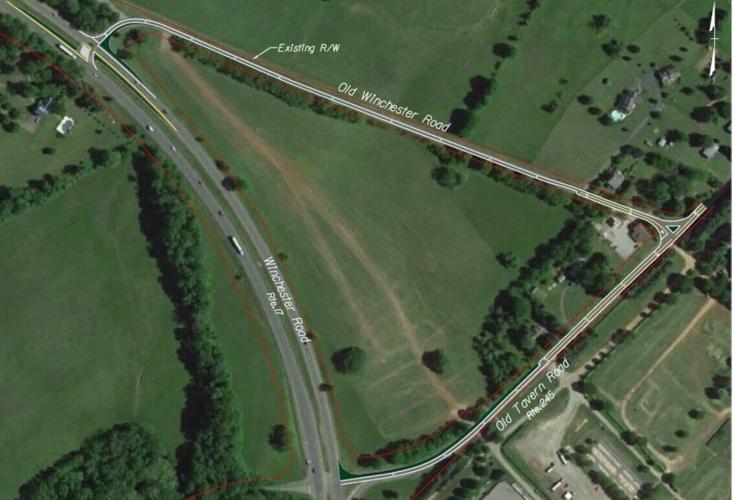 The split intersection, which involves redirecting southbound traffic on Route 245 to follow Route 845 (Old Winchester Road) to U.S. 17, was withdrawn from the county's Smart Scale application after receiving criticism from residents.

The Fauquier Board of Supervisors approved submitting an application for SMART Scale funding to construct a roundabout at the intersection of Catlett Road (Route 28) and Old Dumfries Road (Route 667).

The Fauquier Board of Supervisors approved submitting an application for SMART Scale funding to construct a roundabout at the intersection of Catlett Road (Route 28) and Station Drive (Route 853)/Bengu Gerek Avenue.

The Fauquier Board of Supervisors approved submitting an application for SMART Scale funding to construct a roundabout at the intersection of Dumfries Road (Route 605) and Greenwich Road (Route 603).

The R-cut design, which would allow traffic from U.S. 17 to access Route 245 directly and force traffic exiting Route 245 to turn right and utilize a U-turn to access U.S. 17 southbound, was withdrawn from the county's Smart Scale application after receiving criticism from residents.

The split intersection, which involves redirecting southbound traffic on Route 245 to follow Route 845 (Old Winchester Road) to U.S. 17, was withdrawn from the county's Smart Scale application after receiving criticism from residents.

The Fauquier County Board of Supervisors unanimously approved a resolution July 14 supporting the submission of several transportation projects to the Virginia Department of Transportation (VDOT) requesting funding.

But several proposed long-term safety improvements at the intersection of Old Tavern, Enon Church and Winchester roads were withdrawn from the county's application after several Fauquier residents expressed their opposition.

In March, the county’s Community Development department proposed several transportation projects to the board that it hoped to finance through Virginia’s Smart Scale program.

Smart Scale is a statewide program in which the Commonwealth Transportation Board evaluates applications across Virginia's nine transportation districts every six years and awards funding based on five criteria: safety, congestion mitigation, accessibility, environmental quality, and economic development.

As part of its pre-application process, the county planned to submit five different proposals for improvements at the following intersections:

The board approved the inclusion of the first three roundabout projects in the county’s Smart Scale application. However, it scrapped the R-Cut and Split Intersection proposals at the intersection of Old Tavern Road, Enon Church Road and James Madison Highway after both projects received criticism from residents.

Scott District resident Doris Edmonds, 81, who has lived in Fauquier for 45 years, told supervisors during the public hearing that in March 2010 she and her husband were turning into their driveway off of U.S. 17 and were hit from behind by a truck whose driver was texting. Edmonds said her husband was killed, and she was medevaced from the scene in serious condition. She noted she still requires rehab for her medical issues caused by the accident.

“I've seen a lot going on in Fauquier County,” she said. “I've seen [U.S.] 17 in lots of different ways. I've seen [people] drive 85 miles an hour, and I've seen tractors going 30 miles an hour. So it's a road that is used for high-tech businesses, as well as farmers ... I’ve looked at both your recommendations for [Route] 245 and [U.S.] 17. I do not feel that either one of them is suitable for that location.”

Marshall District resident Sophia Mellos, who lives on Enon Church Road, told the supervisors that she also understands firsthand how dangerous the intersection is, noting her father was killed after being T-boned by a driver while he was crossing U.S. 17 toward Enon Church Road.

Several people who spoke at the hearing, including Mellos, said they were worried the R-Cut and Split Intersection solutions proposed by VDOT were insufficient and the “benefit would be marginal.”

“I just can't imagine that [the R-Cut] would be effective,” Mellos said.” I think it's simply going to move the location of the accidents. Cars coming from Old Tavern would still need to cross two lanes of high-speed and … more dense traffic in order to get to the R-Turn.”

“I believe that the Split Intersection could have some marginal benefits, but I think that is a short-term Band-Aid at best,” she added. “The only advantage of that that I see is that it’s low cost.”

During a town hall-style meeting last month at Wakefield High School, engineers and representatives from the VDOT Culpeper District explained that the agency proposed the R-Cut and Split Intersections because two separate studies – conducted by staff and a third-party firm – demonstrated that either safety improvement would ultimately reduce crashes.

The split intersection was estimated to cost $500,000 and would take 12-24 months to complete. The R-cut was significantly more expensive -- at $5 million to $7 million.

Nonetheless, residents did not appear satisfied with the data provided by VDOT. Instead, during the public hearing, many offered their own suggestions about how to reduce crashes at the intersection. One popular proposal was constructing a traffic light.

“A traffic light would be the best thing,” Mellos said. “I know they're being removed everywhere. But they're simple. They're direct. Everybody from Old Tavern Road knows exactly when they can cross. Everyone on [U.S.] 17 knows when they need to stop. VDOT said that this actually causes more [accidents], but I think we see plenty of traffic lights on high-volume roads where there are flashing lights and rumble strips before the light to prevent people from just flying through an intersection.”

Others speakers also suggested that the county lower the speed limit on U.S. 17 to 45 MPH. But Cedar Lee District Supervisor Rick Gerhardt said that was not a decision the county was able to make, rather it would be up to VDOT to institute a new speed limit.

"This board cannot dictate the speed; it's VDOT," he said. "And I heard a couple of comments tonight implying that this board won't act and we won't take necessary steps to to change the speed limits. It's just not true. We'll do whatever we can to save lives."

Scott District Supervisor Holder Trumbo and Marshall District Supervisor Mary Leigh McDaniel, whose district boundaries both run along U.S 17, both opposed including the R-Cut and Split Intersection improvements because of the opposition both projects received.

“I just can't support spending millions of dollars on something where, frankly, two-thirds of the people are not at all convinced that it will work,” Trumbo said.

McDaniel also noted that she was willing to scrap the two projects if the county does everything it can to come up with a solution before the next round of Smart Scale applications.

“I'm committed to getting that done,” she said.

The county will submit its application for the three roundabouts Aug. 1. VDOT will score the projects through December and release its funding recommendations January 2023. Those recommendations will be evaluated and then adopted June 2023. Projects that are selected will not receive funding, however, until July 1, 2028, or July 1, 2029.

Stop light is the right answer. Sophie Mellos is correct: It alone absorbs the uncertainty of drivers turning on to 17. And bringing vehicles to a stop does slow traffic.

I think they made the right decision not approving an R or split intersection. The stop light seems to be the quickest way to help the problem. I do not think that lowering the speed limit will have much affect. I am still waiting for a better resolution to the ridiculous stop sign they have only going south on 17 out of Marshall across I66. So I am leery of any 'solutions' to this next problem at Rt 245 and 17. Maybe put a stop light at the I66/17 interchange as well.

Sorry for the second post, but as for lowering the speed limits, that won't work now a days. People do NOT pay attention to the speed signs now. We need more police on the streets.

Perhaps they need to put up signs that say "Cross this road at your own risk!" "Look both ways, then look again!"

I respectfully disagree with James Jarvis about speed cameras. They are a pain, I agree, but they also deter speeders to slow down in the area or use other roads. We need to do something about the speeding on our roads in the county. We don't have enough deputies and/or state police to monitor all roads (or even the main roads) at all times to keep speeding down. I travel 29 North each workday around 5 AM and experience, daily, many people driving more than 5 miles over the speed limits. If you try to stay just 5 over they ride you until you either pick up your speed or get out of their way. People have just become so inconsiderate of what would happen if they did hit another driver. The sheriff department response with officers only when complaints are made but by the time you report the speeder they have left the area, therefore suffer no consequences of their speeding. There are people coming from Culpeper at 5 AM each morning, flying way over the speed limits (some look to be traveling at 85 in the 60 mph and zigzagging around cars in the lanes). A few years ago my father was almost killed by truck driver going estimated 70 in a 55 mph while texting, and crossed into dad's lane where dad was turning into his driveway. I have also witnessed truckers coming 17 North from Falmouth driving at least 70 in a 55 zone, and a Fauquier county police passed all 3 of us without stopping either truck. So, I assume he felt they weren't driving fast enough to bother to pull them over or he was off duty. If you live on 17 in any part of the county you have to do a Mario Andretti turn into your drive or get run over by drivers or truckers. People will NOT slow down to let you turn. So, my point is we need more police so there are more of them enforcing speed in more than the "known" speed trap areas, and cameras would help when the police are NOT available to cover the county areas.

I would think with the price of gas no one would speed. But that's being optimistic and when it comes to drivers around our area, thinking they will follow the law is futile.

I trust VDOT and our elected representatives and I do not trust self-appointed spokespeople with single-minded agendas (speed cameras enforcing lower speed limits). Speed cameras have no place in Fauquier County - they are a tax borne principally by residents. Bots and AI cannot/must not replace trained law enforcement.